Coal is a nonrenewable energy source that takes millions of years to create. It is a combustible black or brownish-black sedimentary rock composed mostly of carbon and hydrocarbons. The energy in coal comes from the remains of prehistoric plants and animals, making it part of the fossil fuels family.

Coal formation began during the Carboniferous period (280 to 345 million years ago).  Much of the earth was covered with swamp during this time, and large amounts of plants and other organic matter grew. As the plants and other life forms died, they sank to the bottom of the swampy areas. They slowly decomposed, and formed peat—a soggy, dense, sponge-like material. Over time, the peat was buried and compressed under the earth’s surface. As the earth’s surface changed over millions of years, sand, clay and other minerals accumulated, burying the peat. Layer upon layer created heat and pressure, which compressed the peat into the hard substance we call coal.

There are four main categories for coal based on the amounts of carbon it contains and the heat energy it can produce. The bituminous and anthracite types of coal typically contain more heat-producing energy.

Lignite: Over time, heat and burial pressure turn peat into lignite. Lignite is somewhat light in color, soft and crumbly. It is considered an “immature” coal with only 25-35% carbon. It is mainly used at power plants to generate electricity.

Sub-bituminous: Lignite that becomes darker and harder over time is called sub-bituminous coal. It contains 35-44% carbon.

Bituminous: More chemical and physical changes to sub-bituminous develop the coal into bituminous coal. Bituminous coal is dark and hard. It contains 45-86% carbon. It is used to generate electricity.

Anthracite: Mature coal is call anthracite. Anthracite coal is very hard and shiny. It contains 86-97% carbon and has a heating value slightly higher than bituminous coal.

Where Coal is Found

Finding coal reserves is a long process of exploring, mapping, and drilling. It often starts with the creation of a geological map of an area that may contain coal reserves. Then, geochemical and geophysical surveys are carried out, as well as exploratory drilling. The area will become a mine if it’s proven to contain usable coal that can be recovered economically. 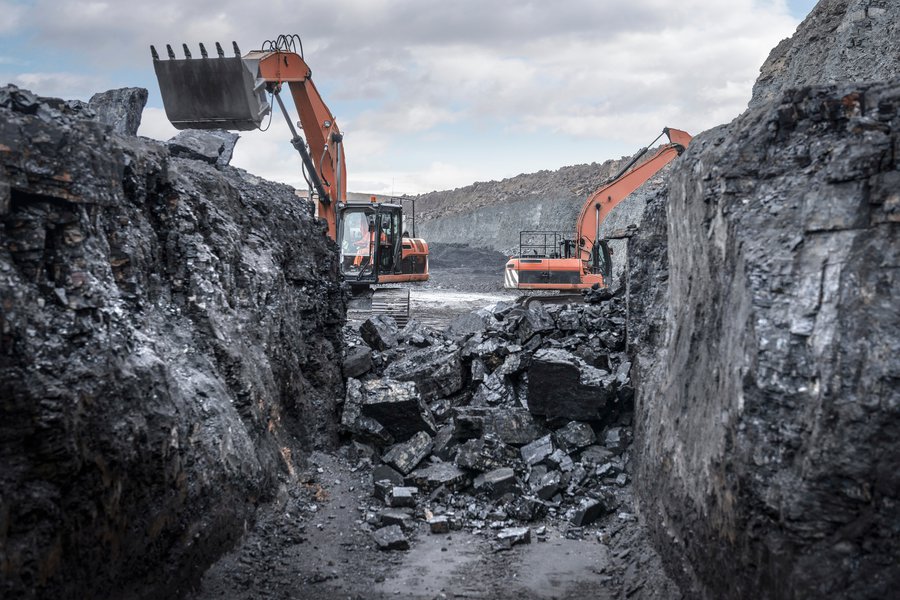